Dona Bertarelli is co-chair of the Bertarelli Foundation, alongside her brother, Ernesto. The philanthropic organisation was established in 1998 by the Bertarelli family in memory of Fabio Bertarelli, her father.

As chair for much of the first ten years of the foundation, Dona Bertarelli led the Bertarelli Foundation’s early work to improve the public’s understanding of infertility and sterility, through international conferences bringing together leading researchers, reproductive health experts, patients and patient advocacy organisations, as well as support and advocacy for scientific studies, and dedicated websites. In 2003, Dona was awarded the Kokopelli Prize by the American Infertility Association in recognition of her work.

Over more than a decade, Dona has contributed to the creation of ecologically significant, large-scale marine protected areas through the Bertarelli Foundation, and through the Pew Bertarelli Ocean Legacy Project, which she founded with The Pew Charitable Trusts in 2017. As a natural progression in ocean conservation, she is now advocating for the connectivity of marine protected areas, to help conserve key migratory species and entire marine ecosystems, for the benefit of the communities which rely on the ocean for their livelihoods. In 2022, she was honoured with The Wilson Award for Corporate Citizenship for her work in ocean conservation.

Among Dona Bertarelli’s other philanthropic activities, she supports several initiatives focused on the ocean, and she is part of a community of advocates, the World Economic Forum’s Friends of Ocean Action. Supporting girls’ empowerment and education is important for Dona Bertarelli, and she is a founding patron of Womanity Foundation, which works to accelerate gender equality through innovative investments. 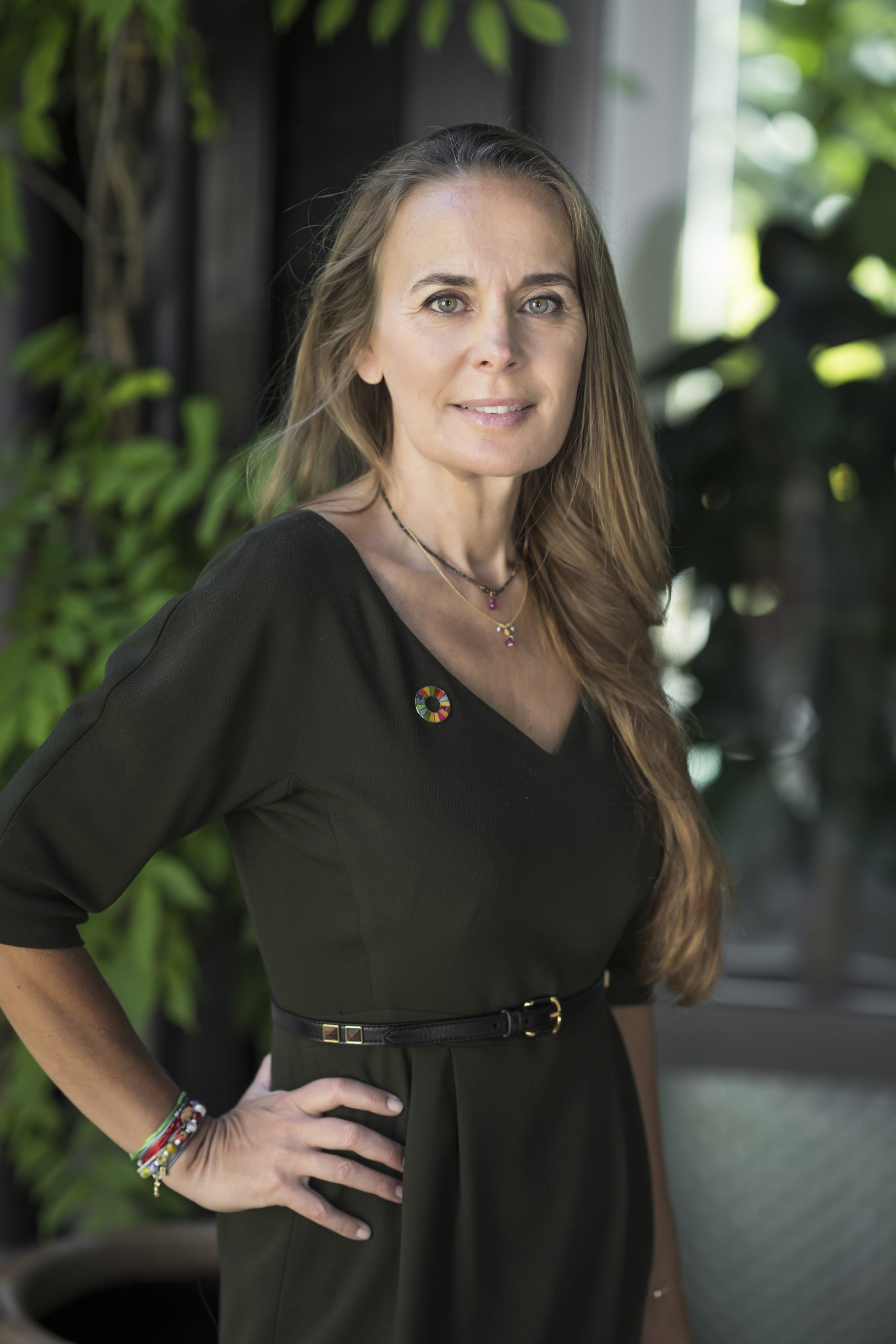 In 2014, she created Spindrift for Schools, an educational programme for schoolchildren in France and Switzerland. The programme was created to share her passion for the ocean, and, to coincide with the first attempt by her sailing team, Spindrift, to beat the Jules Verne Trophy record, the first ‘Adventure Book’ was shared. Spindrift for Schools is approved by the French Ministry of Education, and the educational kit “Inspired by Nature: committed to action!” has been included by the Intergovernmental Oceanographic Commission of UNESCO (IOC-Unesco) in its program for the Decade of Ocean Sciences for Sustainable Development.

In 2019, she became a Goodwill Ambassador for #TOGETHERBAND, raising awareness for United Nations Sustainable Development Goal 14: Life Below Water, a campaign which matched her commitment to the ocean as well as to the wider United Nations Global Goals.

In 2020, Dona Bertarelli was named the Special Adviser for the Blue Economy for the United Nations Conference on Trade and Development (UNCTAD). She will help UNCTAD promote a sustainable blue economy, particularly in developing countries, to ensure the responsible and regenerative use of the ocean, seas and coasts for economic growth, while preserving the health of the ocean ecosystem.

In 2021, Dona Bertarelli, her children and her husband, Yann Guichard, created Sails of Change, building a community of sports and nature lovers who want to create a sustainable future for our planet, and whose first campaign was 30×30, a science-based international goal to fully or highly protect at least 30% of our planet by 2030, and sustainably manage the remaining 70%.

In the same year, the couple became Patrons of Nature of the International Union for Conservation of Nature (IUCN), joining an international group of conservation, business and philanthropy leaders, who support IUCN’s mission to make our planet a safe and healthier home for all. Together, the Patrons represent a powerful voice in support of IUCN’s global efforts to conserve the ecosystems upon which all life depends. 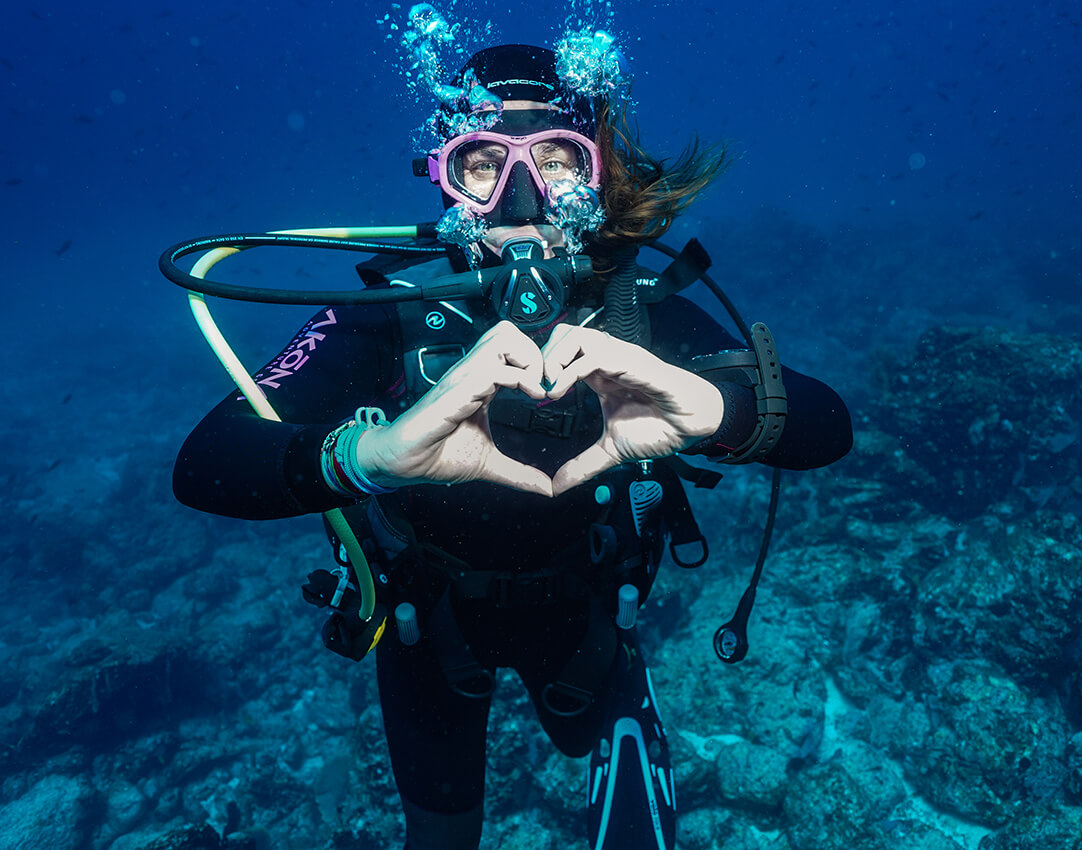 Dona Bertarelli also became a member of the Mission Blue board in 2021. Founded in 2008, Mission Blue inspires action to explore and protect the ocean. Led by legendary oceanographer Dr. Sylvia Earle, Mission Blue is uniting a global coalition to inspire an upwelling of public awareness, access and support for a worldwide network of marine protected areas – Hope Spots.

In 2012, the Ledunfly family office was established to serve the personal business interests and philanthropic activities of Dona Bertarelli, her husband, Yann Guichard, and her three children, while shared Bertarelli family assets continue to be managed by B-Flexion, led by her brother, Ernesto.

As an investor, with assets in hospitality and real estate, she focuses on long-term value creation. She believes strongly in the power of business to do good for society, and drove the development of the family pharmaceutical business Serono’s philanthropy and educational programmes, when she served as Executive Director, Public and Professional Affairs from 1992 to 1997.

A keen sportswoman and sailor, Dona Bertarelli co-founded Spindrift in 2011 alongside her husband, Yann Guichard, who is a renowned French skipper. Their professional sailing team, based in Brittany, France, represents their combined passion for the sea, sailing and competition. Dona Bertarelli has won prestigious races and broken records both inshore and offshore, winning the Bol d’Or Mirabaud in 2010 and 2014. In the winter of 2015-16, she was helmsman-trimmer aboard Spindrift 2, the world’s largest maxi-trimaran, as the team attempted sailing’s ultimate challenge, the Jules Verne Trophy. Although the team narrowly missed beating the record, Dona became the fastest woman to sail around the world. 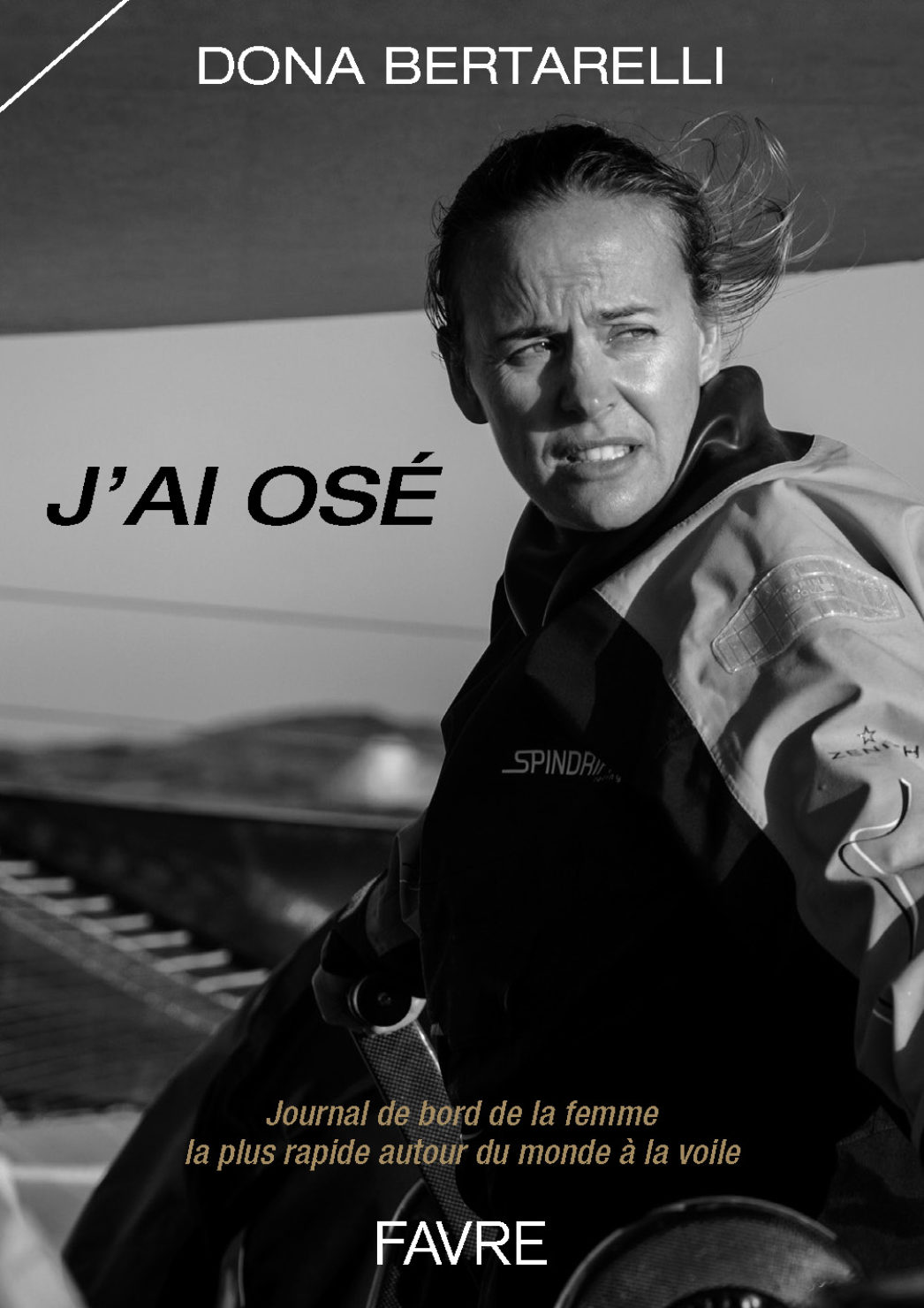 Dona Bertarelli reveals the stark reality and determination behind Spindrift’s record attempt for the Jules Verne Trophy, through her log book, published as J’ai Osé in 2016.

The only woman on board among thirteen men, Dona Bertarelli reveals, in a deeply personal account taken from her log book, her experience of sailing the oceans aboard the world’s largest racing trimaran, Spindrift 2 – and how she become the fastest woman to sail around the world.

She is donating all her royalties from the book to The Womanity Foundation, of which she is a patron. 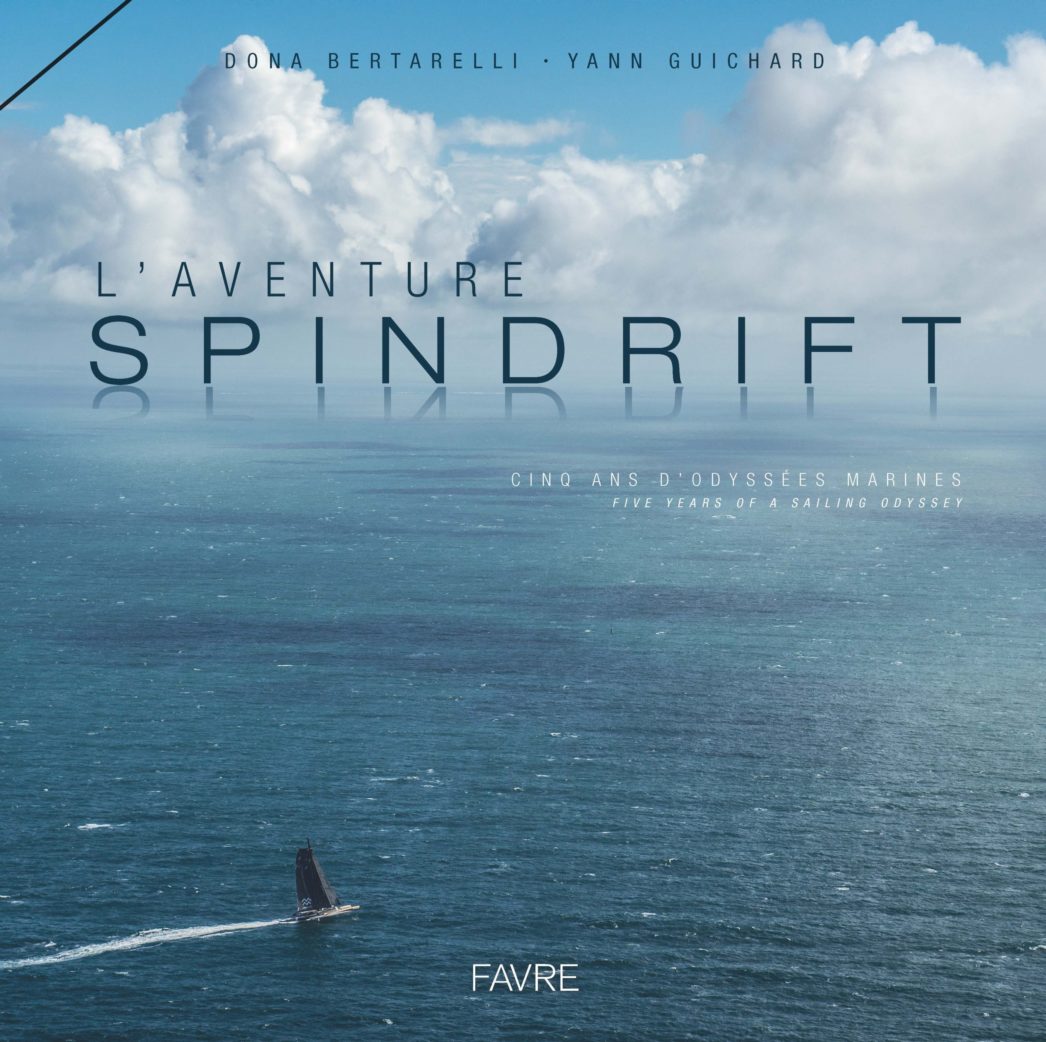 L’Aventure Spindrift, published in 2016, chronicles the first five years of the Spindrift team created by Dona Bertarelli and Yann Guichard. This photographic essay invites readers on a journey of emotions and marine odysseys.

Spindrift is donating all its royalties from the book to the lifeboat station at Auray, La Trinité-sur-Mer. 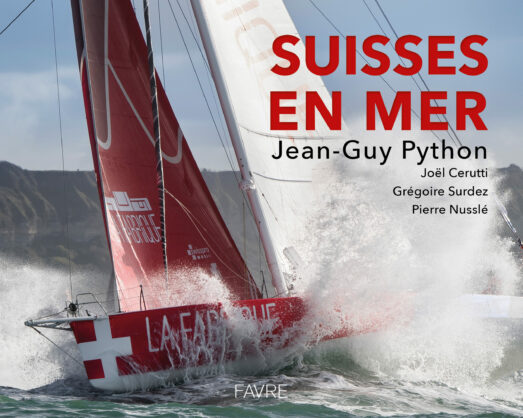 “Suisses en Mer” presents 14 Swiss sailors, including Dona Bertarelli, who have sailed the seas of the world with a great deal of success. 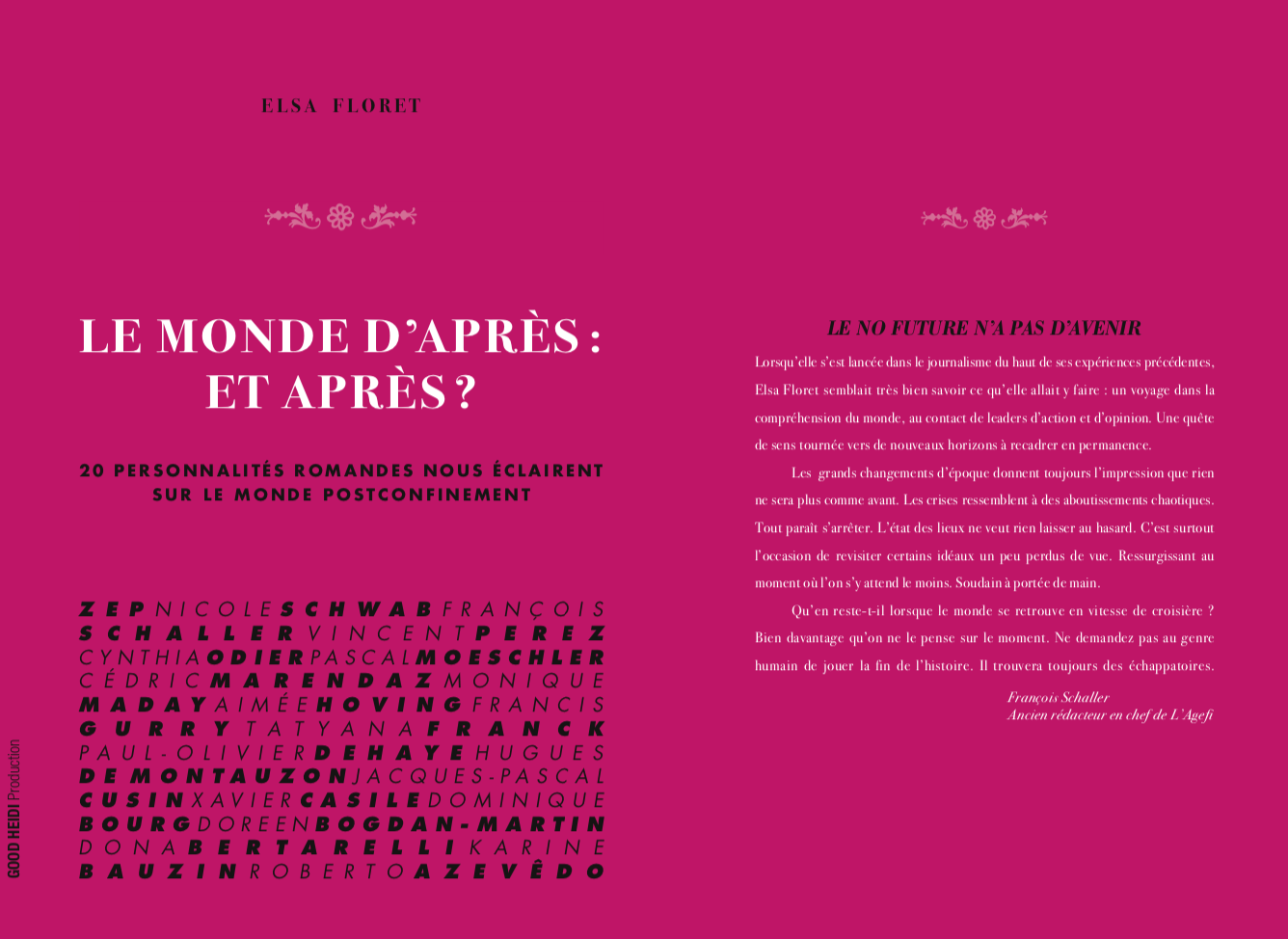