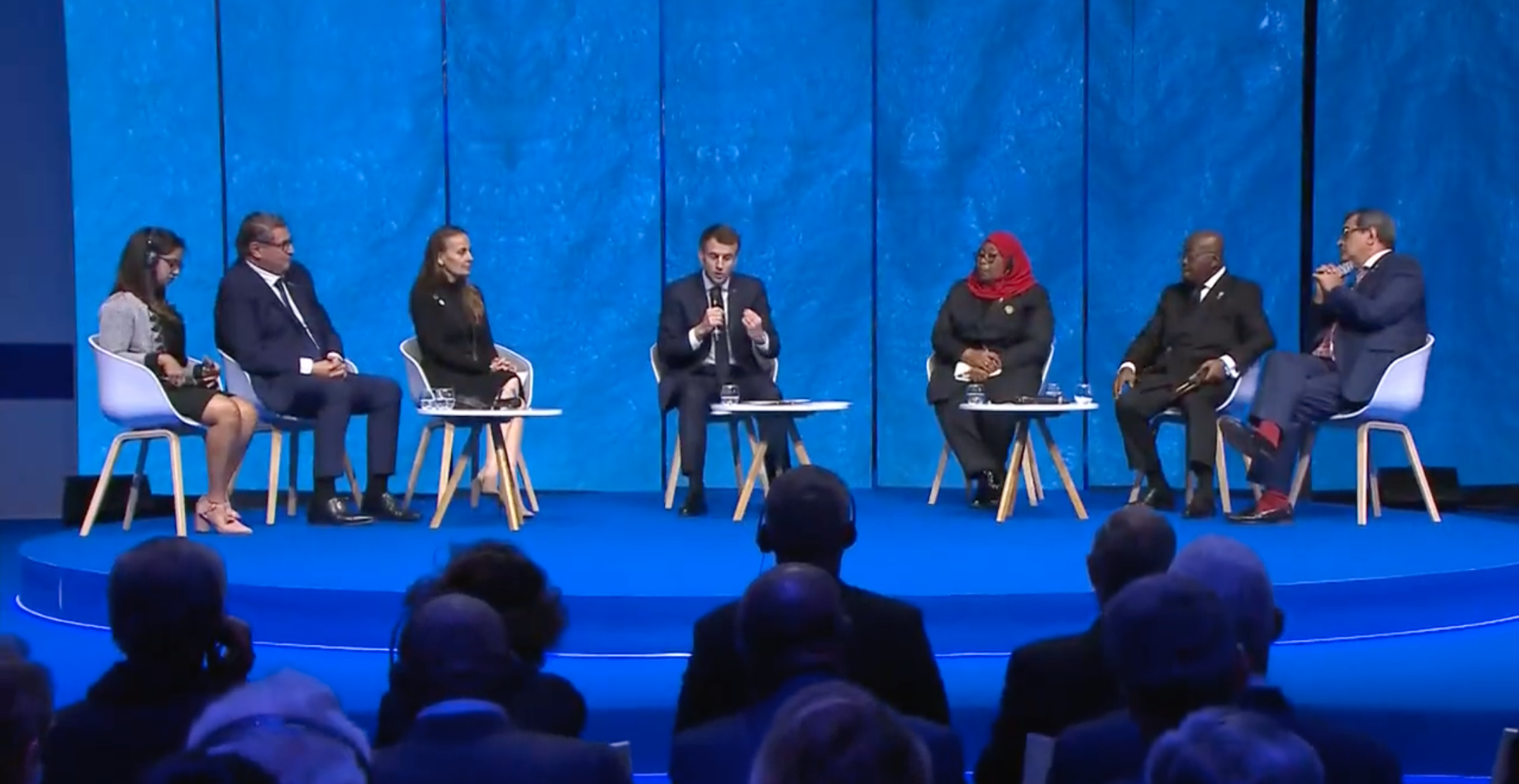 It was an honour to be invited by French President Emmanuel Macron to speak during the High Level segment of the One Ocean Summit in Brest, France. I am encouraged by the many important commitments made by countries during this even, and hopeful that momentum will be maintained as we address the key issues of protecting and restoring the ocean’s ecosystems, ending harmful fisheries subsidies, fighting against pollution and finding solutions to reduce the impact of climate change.

In partnership with The Pew Charitable Trusts, we have created the Pew Bertarelli Ocean Legacy Program, which I am happy to announce its renewal for an additional 5 years, bringing a total of 60 million US dollars to support the creation of marine protected areas in the Eastern Tropical Pacific Seascape, the Southern Ocean and the Mediterranean.

President Fritch of French Polynesia has committed to the protection of a total of 1 million km2 of new marine protected areas (MPAs), 500’000km2 dedicated to 118 artisanal fishing zones, and 500’000km2 to the new Rahui Nui MPA.

In turn, President Macron announced that France will expand their marine protections by nearly 1 million km2 in the Southern Indian Ocean, including an area of 250’000km2 of highly protected waters around Saint Paul and Amsterdam islands, where extractive activities such as industrial fishing will be prohibited.

France’s new protections are an important contribution to a sustainable and healthy ocean, and towards the #30×30 goal to protect 30% of our ocean and land by 2030. I’m extremely proud of the work we have been doing with the Pew Bertarelli Ocean Legacy Project to support these efforts, working with government, scientists, communities, and Indigenous groups.

Saving nature – saving our ocean – is really about saving ourselves.

The Pew Charitable Trusts and the Bertarelli Foundation joined forces in 2017 to create the project, with the shared goal of establishing the first generation of ecologically significant and effective marine protected areas around the world. This effort builds on a decade of work by both organizations to protect the ocean. Between them, they have helped to obtain designations to safeguard over 8 million square kilometers (3 million square miles) of ocean by working with philanthropic partners, Indigenous groups, community leaders, government officials, and scientists. Since 2010, the Bertarelli Foundation has sought to protect the ocean for future generations through marine conservation and collaborative marine science research.